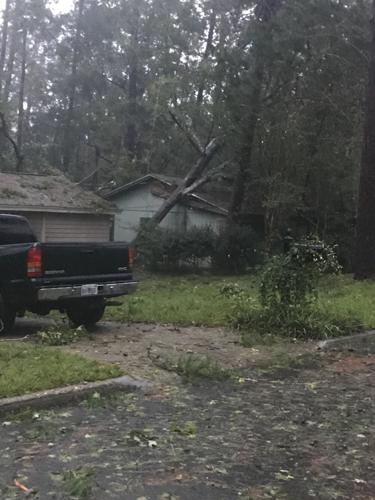 TALLAHASSEE — With the troubled property-insurance industry blaming roof-damage claims for driving up costs, Florida lawmakers in May approved scaling back a requirement to replace roofs.

But seven months later, a contractors group and a roofing company have gone to a state appeals court as they argue the change is unconstitutional.

The Restoration Association of Florida and Florida Premier Roofing LLC, an Orlando-area firm, filed a notice last week of taking the case to the 1st District Court of Appeal after a circuit judge in early December issued a pair of rulings rejecting their challenge.

The notice, as is common, does not detail arguments that the contractors group and the roofing company will make in the appeal. But they have contended that the law, passed during a May special legislative session, violates due-process rights and a part of the Florida Constitution that limits laws to single subjects.

The change drew relatively little attention during the special session as it was part of a bill (SB 4-D) that included high-profile efforts to bolster the safety of condominium buildings after the deadly collapse last year of the Champlain Towers South building in Surfside.

The roofing change dealt with part of the Florida Building Code that has been known as the “25 percent rule.” That rule in the past required entire roofs to be replaced to meet code requirements if more than 25 percent of the roofs were damaged.

The new law applies to roofs built or replaced under the 2007 building code or later versions of the building code. Under the change, if those roofs become more than 25 percent damaged, only portions that are damaged are required to be rebuilt to code — effectively lessening the need for full roof replacements.

“Stated simply, as long as a roof is compliant with the 2007 (or more recent) building code, the 25% rule no longer applies and no longer mandates replacement of the entire roof,” an August state motion to dismiss the lawsuit said. “Instead, the building code will require only that repairs be made.”

The restoration association and Florida Premier Roofing filed the lawsuit in June and argued in an October court document that the change “unconstitutionally targets roofing contractors and the work they perform for homeowners.”

“Put simply, the insurance industry wanted, and the Florida Legislature enacted, legislation aimed to significantly increase roof repairs after property loss and substantially decrease the number of total roof replacements when, in reality, they are vital to preserving a home after severe weather events such as hurricanes occur,” the document said.

But in the August motion to dismiss the case, state lawyers wrote that the plaintiffs’ “complaint is based on the unsupportable premise that the Legislature is powerless to amend the building code in a manner that might lead to fewer lucrative roof replacement jobs for contractors.”

The lawsuit alleged, in part, that the measure violated due-process rights because it conflicts with another state law that requires roofing materials to match in quality, color and size when repairs are made.

It also alleged that the new law violated the single-subject requirement of the Constitution because it included multiple subjects, such as the roofing changes and the efforts to improve condominium safety.

But Leon County Circuit Judge Angela Dempsey issued two rulings in early December that granted the state’s motion to dismiss the case and a motion by the intervening insurance companies for summary judgment.

She pointed, in part, to the Legislature having a “rational basis” for the change.

“Placing reasonable limitations on when a residential roof should be replaced, and establishing parameters for when it must be repaired, reduces roof repair costs,” Dempsey wrote. “This in turn reduces the cost of insurance overall, allowing the insurance industry to lower its costs, which can then be passed on to the consumer with lower premiums.”

Gov. Ron DeSantis called the May special session to try to bolster the property-insurance market after insurers dropped large numbers of homeowners and increased rates because of financial losses. Amid continuing problems, lawmakers held another special session this month to make additional changes.

Wives Lie to Husbands About Shopping