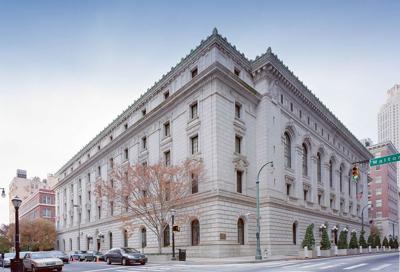 A battle over a new Florida education law is playing out at the 11th U.S. Circuit Court of Appeals in Atlanta.

TALLAHASSEE — Professors and other plaintiffs are urging a federal appeals court to keep in place a preliminary injunction against a new Florida law that seeks to restrict the way race-related concepts can be taught in universities.

Attorneys in two challenges to the law filed documents Thursday arguing that the 11th U.S. Circuit Court of Appeals should reject a request by the state to allow the restrictions to be in effect while a legal battle continues.

Chief U.S. District Judge Mark Walker last month issued the preliminary injunction to block the law, a priority of Gov. Ron DeSantis, who dubbed it the “Stop Wrongs To Our Kids and Employees Act,” or “Stop WOKE Act.”

In issuing the injunction, Walker said the law violated First Amendment rights and described it as “positively dystopian.” The state appealed Walker’s ruling to the Atlanta-based appeals court and requested a stay of the injunction.

But in responses filed Thursday, the plaintiffs’ attorneys said keeping the preliminary injunction in place would not cause “irreparable harm” to the state while the underlying appeal plays out. They also echoed Walker’s ruling that the law violates speech rights.

One of the responses, filed by attorneys for instructors at six schools, said the Republican-controlled Legislature passed the law to “muzzle speech on racial justice, diversity, equity, inclusion and similar topics with which the act’s proponents disagree.”

The other response, filed on behalf of University of South Florida professor Adriana Novoa, student Samuel Rechek and the First Amendment Forum at USF, alleged that the state has “established a blacklist of ideas on college campuses.”

The law lists a series of race-related concepts and says it would constitute discrimination if students are subjected to instruction that “espouses, promotes, advances, inculcates or compels” them to believe the concepts.

As an example, the law labels instruction discriminatory if students are led to believe that they bear “responsibility for, or should be discriminated against or receive adverse treatment because of, actions committed in the past by other members of the same race, color, national origin or sex.”

As another example, the law seeks to prohibit instruction that would cause students to “feel guilt, anguish or other forms of psychological distress because of actions, in which the person played no part, committed in the past by other members of the same race, color, national origin or sex.”

In a motion for a stay of the preliminary injunction, the state’s attorneys disputed that the law violates speech rights, saying that all “the act does is prohibit the state’s educators from endorsing the enumerated concepts while teaching the state’s curriculum, in the state’s classrooms, on the state’s time, in return for a state paycheck.”

“(The) implications of the district court’s decision are startling, for it anoints individual professors as universities unto themselves, at liberty under the First Amendment to indoctrinate college students in whatever views they please, no matter how contrary to the university’s curriculum or how noxious to the people of Florida,” the motion said. “In short, the district court’s First Amendment ruling was wrong, and this (11th Circuit) Court is likely to reverse it.”

But in the responses filed Thursday, the plaintiffs’ attorneys criticized that argument.

“To defend the act, the state makes the remarkable assertion that college and university instructors have no First Amendment interests whatsoever in their classroom teaching and that the state — here, the Legislature, not the university — may control this speech entirely,” the response filed on behalf of the group of instructors said. “But First Amendment freedoms do not exist at the whim of the Legislature. The pursuit of knowledge through free exchange of ideas in college and university classrooms has long been protected by the First Amendment and guided by the sound pedagogical decisions of the academy itself.”

Walker, who was appointed to the federal bench by former President Barack Obama, issued the preliminary injunction in both cases after hearing oral arguments. In addition to calling the law “positively dystopian,” Walker said it is “antithetical to academic freedom and has cast a leaden pall of orthodoxy over Florida’s state universities,”